Recently, there has been a lot of talk about gods in the land around us (see: here and here). This has inspired me to write about a place where I felt the gods on a very up close and personal level. For whatever reason, Nelson’s Landing has always been one of the few places where I saw the gods everywhere. It was a very sacred place for me.

So where is this place? Nelson’s Landing is a small little spit of a town that lies along the Colorado river. Nelson’s Landing is south of Boulder (Hoover) Dam, but is north of Laughlin (for those who know the area). And from my home in Henderson, it took me about 45 minutes to get out to the river. Nelson’s Landing is a place you could easily drive by. The town is tiny and off the beaten path- and there is virtually no commerce there. As you drive back through the mountains, you lose all telephone signals. You really do become cut off from the rest of the world. No one can call you or find you. It’s like being sucked into an alternate space- because you are just so cut off from the world outside.

The town itself isn’t entirely on the river. It’s a few miles back. The river itself is part of a state park- so there are a few dirt roads that weave in and out of desert. The scenery is stunning. There are huge cuts in the earth from years and years of rain and water. The washes there can be a couple hundred feet deep. And if I could afford to go biking or off roading through the desert around Nelson’s Landing, I would. I can only imagine the variety of things you could see back there.

However, the area I’m always most interested in is the river. I love the river. It’s calm and serene. Beautiful and blue. Growing up in a desert, I don’t get to experience rivers very much. And for whatever reason, I have a special fondness of the Colorado River. It always seems more beautiful to me than a lot of other rivers I have seen. And from the cliffs of Nelson’s Landing, I could sit and watch the river for hours on end. Many times I would climb up one of the cliffs and stare out over the river and soak up the feelings I’d get.

In the river, I’d see O. Calm and sustaining the local wildlife. Around him, I could see Aset. Embracing him, Protecting him. Watching over the land. In that, I could see Nut as well- as she also embraces and protects O. The desolate nature of the area made me think of Set. The ruddy color of many of the cliffs also reminded me of him. In the sky, you had the unrelenting sun- Ra. There was local wildlife- coyotes (insert jackal gods here), birds of prey (insert falcon gods here) and fish (Hetmehyt). Even though it is the middle of the desert, there is growth, plants and flowers. One time there was a large swarm of lady bugs… showing that life still thrives in a very arid climate. Geb is alive and well, and is flourishing. As you find refuge in the shade from the sun, sometimes you’d get a nice breeze coming through, so that you could feel Shu in the air. 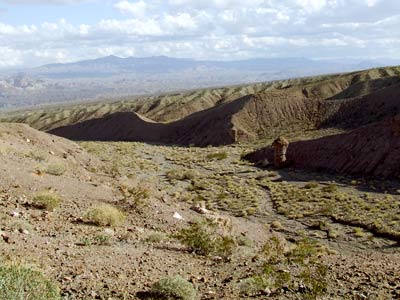 For whatever reason, this mixture of elements- the river, the cliffs, sun, vegetation, rocks, animals… it all mixed together and made me feel complete there. The urge to connect with this was so strong that I’d get ‘cravings’ to go out to Nelson. And it wouldn’t leave me alone until I went and spent a few hours just soaking it all in (and while I waited for the weekend to be able to go out there, I’d actually look at pictures or look at google maps satellite pictures and stare at the river and pretend I was there… the feelings were that strong). It filled some sort of void for me in a way that no other location ever has.

And I’m sad to say that it’s been a few years since I’ve been back. It’s very hard to justify driving 8 hours to see Nelson’s Landing, especially when I could use that time and money for other ventures. I also wonder if I don’t feel bitter for not having the ability to go there regularly anymore. I loved the southern Nevada region. Something about it just made me feel alive. Living there was a time of high high and low lows, and I was sad to have to go. And although I tried really hard to stay, life had other plans for me. I no longer live in a location where my surroundings bring me joy, or remind me of my deities. Sure, I still have desolate desert to remind me of Set. A sun that beats down on me year round to remind me of Ra. Plants and vegetation to make me think of Geb, O, Min and Aset. There are also your coyotes and birds of prey here as well. Despite the fact that all of the ‘same’ puzzle pieces are here as are in Nelson, they don’t make the same picture when put together. For whatever reason, Phoenix doesn’t bring me joy in the way that Nevada did. I wish I knew why. I know I’m going to be here for a while and that this is the location I’m supposed to be in, but I can’t help but feel contempt for my surroundings. I know there are things here that I love that aren’t in NV, I know that there are aspects of Phoenix that make life a lot easier and happier (closer to family, Matsuri, IKEA, monsoon, etc). But still, I can’t let go of Nelson or Nevada. I can’t get over that feeling I get when I’m staring out over the river and surrounding areas and I feel like I’m a part of the world around me. Feeling such a push to go and be with my gods that I would clear out my schedule for an entire day to just go and sit by the river.

You’d think in the middle of the desert, I could find my gods and resonate with them. And while I know the gods are here, I really don’t connect with them in Phoenix. Despite the beauty that can be found here, I don’t resonate with it. I don’t get the same feeling of nourishment and comfort here, and that bothers me. How does one connect with a place that they can’t stand? How do I change my perspective so that I can enjoy and connect with the surrounding area? What is blocking me from doing so? I really wish I knew. Until that point, I’ll just have to suffice with closing my eyes and going to Nelson in my dreams. 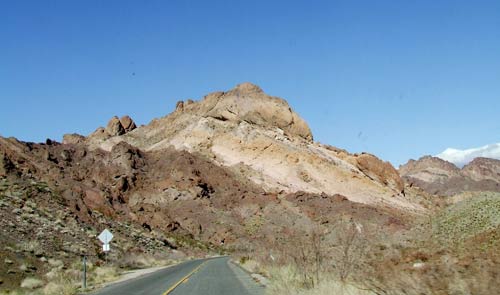 Posted by DevoTTR on April 9, 2012 in Kemeticism, Land Spirits and Urban Spirit Work