Filling the Storehouse of the Gods

As many of you know, I have been using Re-Ment to supplement what I offer to the gods (an idea I took from this person). Due to my stomach issues and my fritzy schedule, I’ve been adding these miniatures to my routine- allowing the gods not to starve and me not to get so stressed over what to offer at 5 in the morning.

Up until recently, I only had a few pieces of Re-Ment to my name. Two cakes, 4 rolls, and 6 plates of food. While that sounds like quite a bit, I’m sure Set and O were getting tired of the same rotation day after day. So my SO set out to get me as much Re-Ment as he could. He ended up getting a lot batch of the stuff… which is a lot. Here are some pictures of the new stuff! 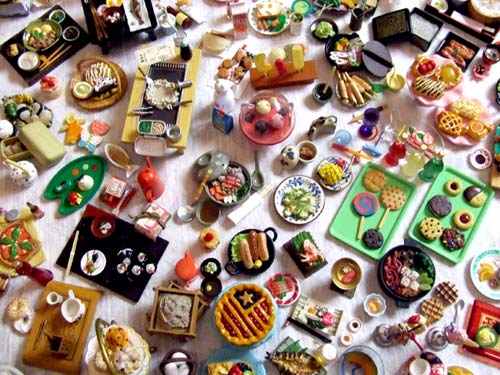 And overall shot of all of the stuff set out, as per what the pictures in the box look like. 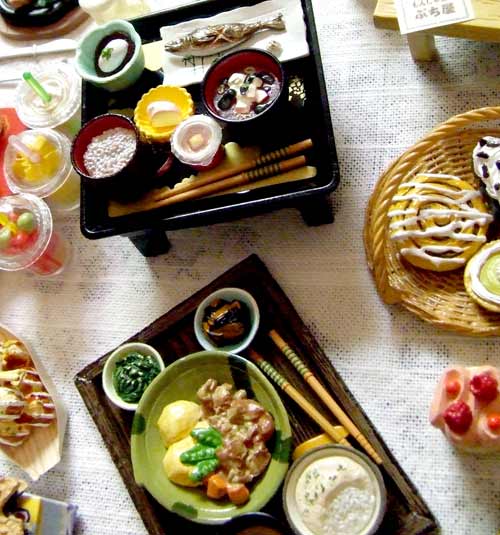 I particularly like some of the trays that come with these sets. It makes a nice setup for arranging the food for the gods. Sometimes each god gets their own tray. Other days, I make mass trays with tons of different foods on them, and let the gods duke out who gets what. 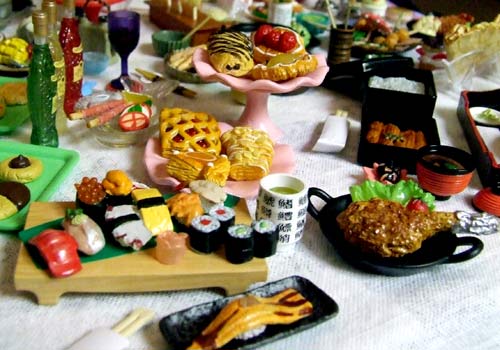 Most of these pieces have a lot of detail work to them. Pouches for chopsticks… individual grains for rice. Different types of coloration for the soups and drinks. It does look good enough to eat!

I love these cat eggs.

Now in some ways, this created a huge logistics/storage problem for me. I don’t have a lot of space for shrine implements right now. So I racked my brains for a few days (almost a week, really) trying to figure out where I was going to store all of this awesomeness. It would need to be organized somehow. Otherwise, I wouldn’t know how or where to find different food bits, and it would create issues in the morning. After a lot of thinking, I decided I would try and store them in the bottom drawer of my shrine case (an old silverware box). In order to keep things organized, I created boxes out of scrapbook paper.

So there you have it. Lots and lots of Re-Ment. I think the gods will have more than enough variety for a while now 🙂 If any of you see anything you OMG WANT, let me know. I might be willing to part with it, as there is more here than I will probably need, and I have a feeling that some pieces the gods may not like.

Posted by DevoTTR on February 7, 2012 in Kemeticism