So I didn’t have much go on with either of this weeks rites, and so I decided to just throw both of them into one post.

Honestly, the biggest piece of work that I put into this month’s Monthly Ma’at was the creation of the ma’at card that I will be using in probably every Monthly Ma’at rite moving forward. I based it off of the NTRW picture that I made for this year’s shrine, and I think it turned out alright.

I definitely slacked off with all of the other offerings, though. If there was a consistent theme going through this week’s rites its that I need to make sure I’m planning out offerings when I planning out my rubrics. For both rites I found myself thinking that I could totally throw something together from what was in the kitchen, and both times I was disappointed with what I found.

So moving forward, I need to plan my offerings a bit more thoroughly.

This rite went fairly smoothly for me. I found that I felt like I was doing something over on the astral when performing it here, but nothing too earth shattering or exciting to report overall. 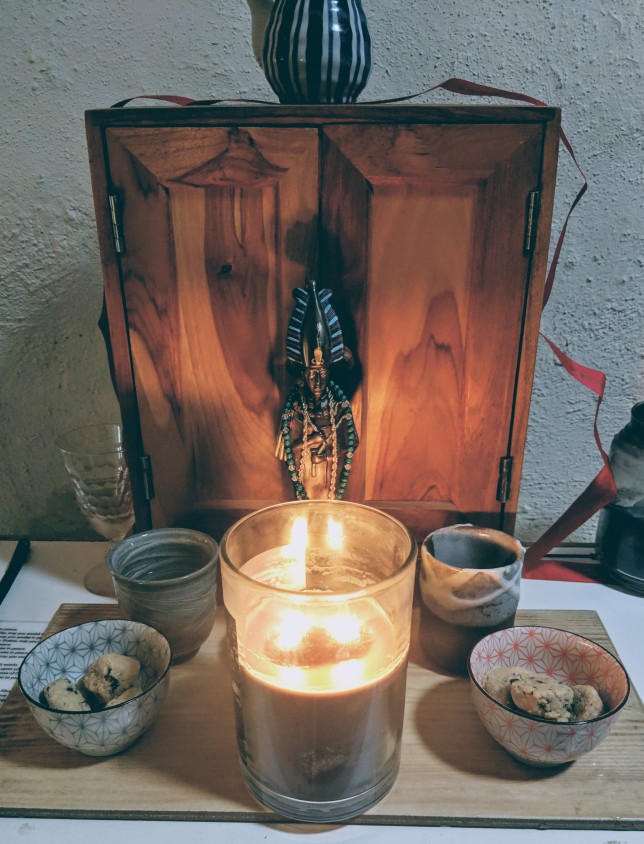 I have found that some people find my rites long, and then I went and made the akhu ritual, which is by far the longest rite I’ve concocted so far (yeah, it’s technically longer than the new years rubric.)  I felt a little bad, but I found a copy of the Pyramid Texts laying around in my documents, and found it to be a treasure trove of lines to use for this specific set of rites, and I kinda got carried away. Though if it makes anyone feel better, I have to write each of these rites down before performing them, so I’m really only punishing myself when I make things long.

I chose to use a different O statue this time. I’ve had this one tucked away in my house for a couple of years now. He sits on a shelf, watching over things tied to dead folks. So I felt like he might be a good choice to use for the Akhu rites, since my regular O statue is kinda skeeving me out right now (hahahahahahaaaaa……..) 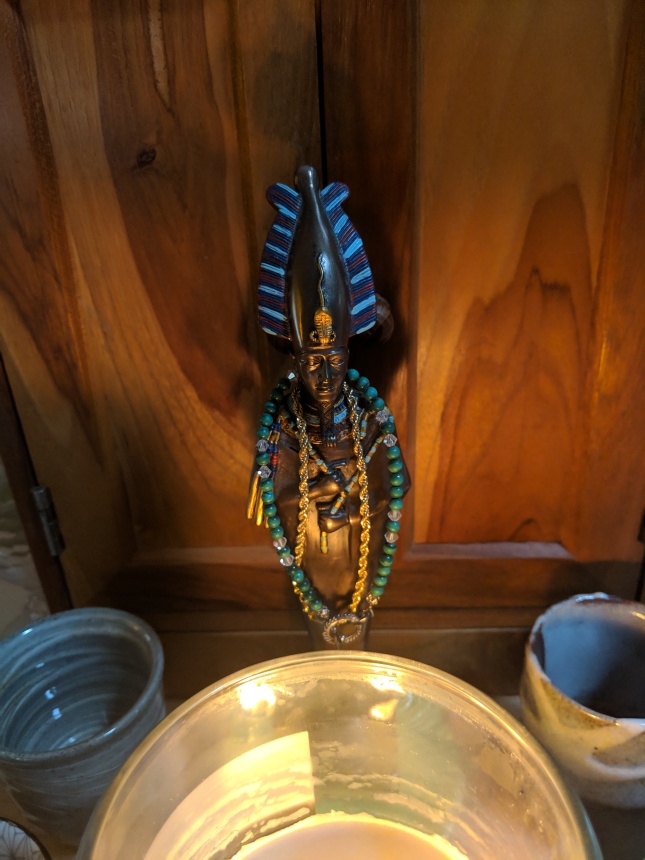 Like with the Monthly Ma’at, I failed to properly source out offerings for this, and I ended up having to go to the store specifically to get something of comparable size/value to use for this ritual.

I found out when I went to eat them that they weren’t that good, but an effort was made.

And thus concludes week 2. Next week is the propitiation, so let’s hope I do a better job nailing down offerings for that.

See what other people did this week:

Posted by DevoTTR on January 11, 2019 in Kemeticism, Making Ma'at, Year of Rites