Seasons Come in Many Forms 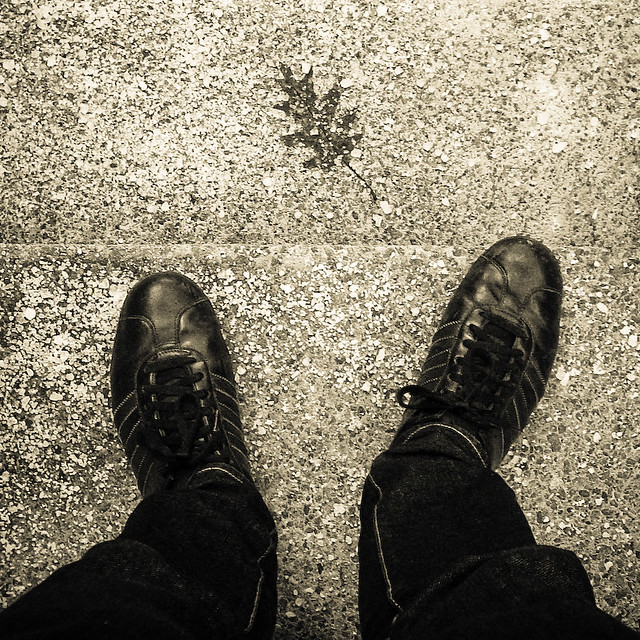 When most of us think of seasons, we think of weather based seasons that occur in the natural world. You know the ones- spring, summer, fall, winter. Or if you’re Kemetic you might think of Egyptian seasons- inundation, planting, and harvesting/dry. These seasons are good to know, as they can help us to keep track and take note of the natural world around us. Not to mention that ‘back in the day’, seasons would have been crucial for maintaining food supplies and gauging risks with traveling, illness, etc. Keeping track of the various ticks of each season was important for avoiding potential catastrophes.

However, seasons can be more than natural weather patterns. They can be patterns in our lives.

For example, my office has ‘seasons’. We know that each fall is TCA season, and that we’ll be running around trying to finish up deadlines and gather a bunch of materials for these awards to be sent out in December. We know that February marks the beginning of “Townie” season (which lasts about two months), where we are rushing to finish preparations for our annual convention in the spring. We also know that summer will be sloooooooooow because everyone seems to go on vacation and so our sales and revenue tend to ‘dry up’ in the summer as a result.

Our office ‘calendar’ is marked by certain ebbs and flows, certain rhythms that help define our seasons and our year. And it’s almost like clock work that these seasons come and go, and if you’re smart- you can prepare for these seasons so that they sting less when they arrive. Know that Townie season is coming up? Better make sure to finish off any major projects before it hits, otherwise you might be stuck working extra hours. Know that the summer is notorious for a lack of revenue? Better make sure to spend your budget wisely before summer hits.

I’ve also noticed recently that my Kemetic practice has seasons as well.

Perhaps its due to the nature of the gods that I work with, but it feels like Set often takes the focus for part of the year, and then Osiris takes focus for the other half of the year. So Osirian work is often the focal point of fall and winter, and Set’s work becomes more prominent in late spring and carries through into early fall. I suppose it makes sense when you consider that each of them is tied to natural seasons themselves, but it has been interesting to see the way that they manifest in my yearly practice.

As mentioned in an earlier post, Osiris has seemingly decided to consider All Souls (early November) to be the beginning of his season. As the days grow colder, he will normally shove me into shadow work and keep me busy with things to do in the Duat. He also seems to give me a huge reading list and post list to get done before his season comes to an end (which I am not always successful in completing). His season seems to mark a more inward feel where I focus more on myself and my work Over There as opposed to doing things out here. It also seems that community work takes a back seat during the winter season while I am busy hammering things out in the Unseen.

Usually, there is a lull between Osiris relinquishing control and Set deciding he wants me to get to work. While Osiris hands out an itinerary at the beginning of the season, Set seems to just show up when he wants me to do things. There is very little planned during his ‘season’, and he doesn’t seem to really have any sort of special tasks that he wants me to get done during my time with him. It does seem, however, that I end up doing more community work during the summer (I think this could be tied to people not being in school, honestly) and it all seems to culminate at what I call the “burning of the house” season. This normally happens in later summer- usually right after Wep Ronpet.

I don’t know if its all of the summer heat that gets under my skin, or if it’s entirely Set’s doing or what exactly, but for two or three years now, I have almost always been driven to tackle harder topics during the late summer. I call it burning down my house because I always expect these posts and discussions to upset people and cause me to lose followers or become disliked within the community. This hasn’t happened yet, but I expect it every year. It seems very Setian in nature, though, to end up wanting to burn down everything right before he disappears and Osiris comes to claim me for the darker half of the year. Ashes can make for good fertilized,soil after all.

These seasons are interesting to watch, and they’ve given me some ability to expect certain changes and events to occur within my practice every year. As I become more established in what I do, I know that I can anticipate to have one execration in the summer and one procession in the fall. And that I can expect to burn down my house in August, and read a stack of books while I crack out in January. While this is all still very new to me in many ways, I feel like these trends will help to create a sort of rhythm in my practice, and in their own ways, will help lead me to making various festivals and rituals that are relevant to me and my practice specifically. The predictability also allows me to plan ahead and save up spoons for certain points in the year when I know there is going to be more stuff to get done, or to expect lulls and to try and plan self-care during that down time.

They also allow me to understand more about my gods and understand more about the work that I do for them. I see various traits that are integral to them and their mythologies shining through the ebb and flow that is my seasonal year, and helps to add depth and understanding to my practice. And with each passing year I can begin to create new understandings and add layers of meaning to the various parts of my yearly practice. I never thought that seasons would ever be an important ‘thing’ to me, but more and more, I find that they are useful and necessary to how I practice.

Does your practice have ‘seasons’? Do seasons (weather related or otherwise) play any role in your religious practice? Should they?

Posted by DevoTTR on November 26, 2014 in Kemeticism, Rambles

4 responses to “Seasons Come in Many Forms”