The Price of Rebirth 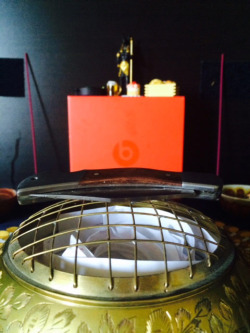 In a little under a week from now I will be performing an execration for a number of people. It’s one of the first full-out public rites that I have ever done (I don’t really feel like my All Souls petitions really count). I used to do magic workings for individual people a long time ago, back when I first got into witchcraft and Kemeticism, and I learned quickly how difficult such workings can be. People often want really difficult things or they have unrealistic expectations about what the magic will do for them. I got out of performing magic for people because it became really stressful for me. When the magic didn’t perform as I thought it should I felt like a failure and that’s really part of why I put magic away for such a long time, too. I never felt like anything I did took.

All of these past experiences feed into my anxieties regarding this execration I’ll be performing. What do I do if things don’t change for people? What if I fail? What if I find out that I really suck at all of this? Should I even bother? If it doesn’t work, does that make me a hack?

However, I’ve learned over the years that magic isn’t under an obligation to act as we think it should, and there are many reasons why it may or may not appear to be working. To add to that, many times we shut our own magic down.

To me, an execration is an awful lot like a rebirth. When you execrate, you are essentially destroying something- a part of yourself, a habit, a piece of your life – and when you destroy something successfully, it is like a small (or large) rebirth, a zep tepi within your existence. And the thing about being reborn is that it isn’t always easy or pleasant.

I’ve had the fortune or misfortune of bearing witness to and participating in a number of rebirths in the astral. There are plenty of times when I have signed on to help someone be reborn (which usually involves a bit of dieing myself) only to get halfway through the process and decide that I must be the dumbest person on the planet. Many times, the destroying and subsequent healing process that is involved in these rites is very taxing and draining. And there are many times when I question if it’s all worth it in the end (the answer is usually yes, though it can take some time to see/feel it). In order for these rites to be successful, they require participation on both sides of the equation. I have to help the person rebirth, but they have to be willing to help me help them. You can not force an unwilling subject to be reborn, and if you force them, the rebirth will likely have unforeseen consequences and side effects.

Execration and other forms of changing magic are often the same way. You’re submitting something to the universe or gods to be destroyed. You are asking for change in some capacity. You’re asking them to help you die so that you can be reborn. And yet, how many of us actually think in these terms when we do our magics? How many of us are prepared for the routes the magic may take upon hearing our requests (or demands)? Rebirth requires a death, a price.

How far are you willing to go to see the change that you want become manifest? What price is too high for you?

In retrospect, I feel like a lot of the magics that I saw people requesting failed because people were not willing to pay the price for their rebirth. They wanted to fix the foundations of their life, but they were unwilling to raze the walls to get to the foundation for fixing. They want to get into college, but never submit an application. They want a new job, but feel their magics are failing because they lost their job, and were forced to move somewhere else instead (where a new job was waiting for them). They want their rebirth without paying the price of death.

Magic doesn’t always work on our timelines or how we expect. It works how it wants or needs to. Sometimes the path of least resistance is not the long term solution you actually need. When we perform these kinds of workings in our lives (or have someone perform on our behalf) we need to be prepared to take action ourselves to make the end goal a reality. Sometimes, you’ll be lucky and the blockages in your life will clear right up and you’ll land right where you wanted to be. But a lot of times, you’ll be forced to climb up some steep mountains in the rain in order to make your dream happen. That doesn’t mean that your magics didn’t work, though. It just means that it sometimes takes multiple things to make the magic manifest. Taking mundane steps to better your life situation can make your magic more potent. Sometimes the best answer to a magic request is practical application in your daily life.

So in the future when you’re considering performing a magical request (whether an execration or otherwise) I recommend being prepared and open for the possibilities that the magic can take. Don’t limit yourself to a certain preconceived notion or expectation about how the magic should play out. Be aware that sometimes the road to success is not a straight line, but a bumpy, obnoxiously tumultuous line, and that magic (or deities) can only do so much about it.

And remember that rebirth almost always has a price.

Sometimes on the way to where you’re going, you might think “this is the worst time in my life”. But you know what, at the end of the road through all the adversity, if you can get where you wanted to be, you remember that whatever don’t kill you make you stronger, and that all the adversity was worth it.

7 responses to “The Price of Rebirth”