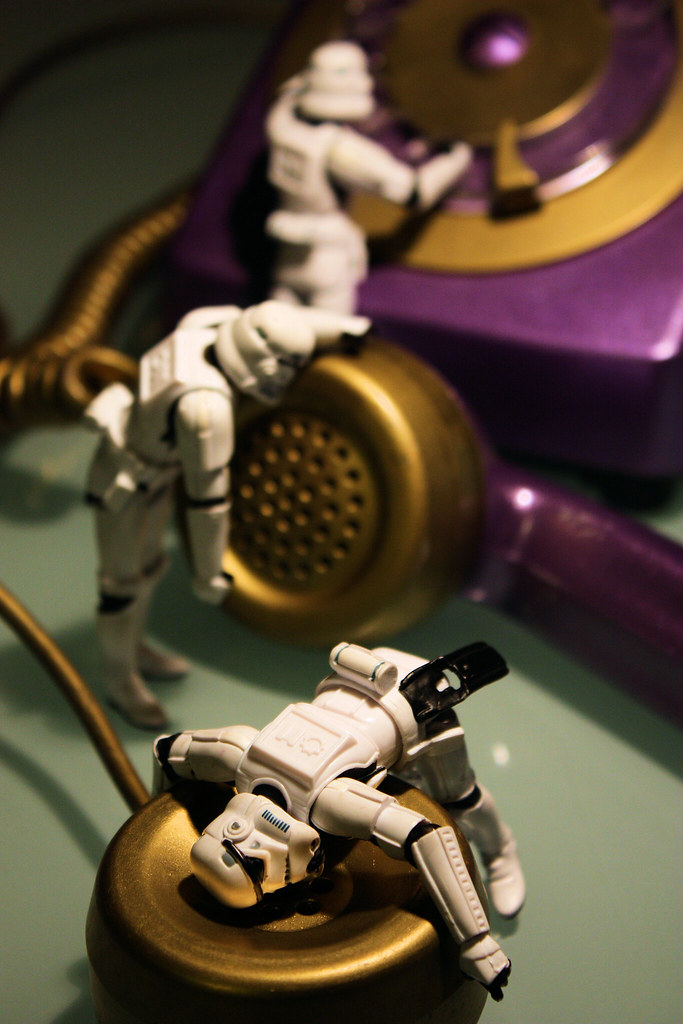 I have a love-hate with the topic of deity communication. I love it because I love reading about how the gods manifest and communicate with different people. Learning about how others go about communicating can certainly be enlightening. However, I rather dislike the topic because I feel like the pagan community at large spends way too much time focusing on the notion of the “god-phone“. Unfortunately, if you have a pretty clear communication style with the gods and the Unseen, there are going to be folks that judge you for it. People who have “god-phones” are often criticized for being egotistical or elitist by those who don’t. And people who don’t have “god-phones” often feel like they are a failure at their religion somehow.

And the truth of the matter is, neither of these is correct.

Most of the people that I know that have a “god-phone” get frustrated with the thing. Having a hot line to the Unseen can have its rewards and its setbacks. It’s great because you can often go straight to the source as a means of clarifying things. I don’t necessarily have to rely on divination or other people to get the information I need from the gods I work with. However, even that has its pitfalls, as many deities seem to like to respond with very vague, unhelpful information. Or, what I lovingly refer to as “wingdings“. A lot of my early communication with the Unseen involved visions and other visual information that I simply couldn’t decipher. The gods may have handed me an answer, but it was so obscured by a language I couldn’t read (wingdings) that the answer was completely lost on me. It’s very maddening.

Additionally, having the hole in your head that often allows you to speak directly with the Unseen can have other consequences. Such as deities and entities giving you input on anything and everything and being a troll in general. It can be challenging to focus at work or in a conversation when you’ve got Unseen entities prattling in the background, vying for your attention.

Conversely, if you ever see anyone lording their “god-phone” over someone else, they are not worth your time. Anyone who places themselves up on a pedestal (as opposed to being placed there by other people) because of their ability to communicate with the Unseen doesn’t deserve to be there. Anyone who chastises or judges another based on their ability or inability to communicate with the gods is not worthy of a pedestal, plain and simple.

God-phones and Doing it Wrong

A lot of people also seem to think that if they don’t have a “god-phone” they are a failure as a Pagan/polytheist. But this is simply not the case. Generally speaking, hearing the gods, or finding really clear means of communication with the gods and the Unseen is very difficult and not very common. It may seem like something that everyone can do, but that’s really not the case. To give you a good example, take a look at your people you know in real life that are Christian. How many of them talk to their god (or to Jesus, or saints or whatever) regularly and actually hear back? I’m willing to bet that most don’t. And if you told them that your gods talked to you, they’d look at you like you grew a second head.

Not being able to sit down and have a clear-cut chat with unseen entities is no problem. And as stated above, if anyone makes it sound like it is a problem, they don’t deserve your time. For Kemeticism specifically, it is not a requirement to have a “god-phone”. You don’t need to have hour long conversations with the gods every day to show you’re a good Kemetic, and anyone that says otherwise is full of crap. Never feel pressured by your ability or inability to communicate with the gods. It’s something that everyone has to work out in their own time, and each of us has our own ways of working around various communication barriers. There is no correct way to talk with the Unseen, and if you’re not that good at it, that doesn’t make you a failure in any capacity.

The Nature of Communication

The truth of the matter is, communication can be very touch and go, both here and in the Unseen. The same way that one day you and the people in your life are able to convey thoughts quickly and easily through talking or emailing one another, and yet you end up sticking your foot in your mouth the next day and everything you end up saying blows up in your face. That’s how it goes with the Unseen, too. Many times the communication can ebb and flow depending on your mental state and how good of a connection you’ve got that day.

Additionally, communication can be so much more than simply swapping words back and forth with the Unseen. The same way that we often rely on subtle things here in the Seen- body language, eye movement, posture, etc. that can convey smaller details to us. The same goes for the Unseen: there is more to communication than simply hearing things in your head or relying on divination. Its just that most of us only focus on the obvious choices.

Figuring out the communication style that suits your needs and traits best can take a while to hammer out. The most important thing to remember with deity communication is that it takes time, and there is no right or wrong way to do it. Take your time with it. Let it grow and develop in its own ways that are tailored to you and your needs. Don’t worry so much about what everyone else is doing and focus on you and your practice. I know it can feel alienating and weird when you’re trying to figure all this stuff out- but each of us does things slightly differently. And there is beauty in that diversity (and is part of why KRT is even a thing).

So in short: if you have a god-phone, cool. Just don’t lord it over people. If you don’t have a god-phone, cool. Just don’t get angry at those who have them. Figuring out your communication style takes time, so don’t sweat it if you don’t have it all figured out yet. Remember that just like in the Seen, communication can be finicky, and that’s okay. Just keep doing what works for you.

To see other responses to this prompt, please check out the KRT Master List.

Posted by DevoTTR on July 9, 2014 in Kemetic Round Table, Kemeticism